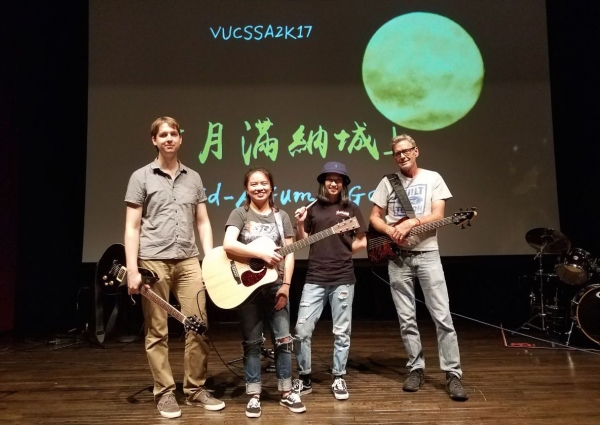 On Sept. 30, Jubilee Nashville's Chinese band had the opportunity to perform the opening show of the 2017 Mid-Autumn Festival which was organized by the Chinese student and scholar association at Vanderbilt University.

Two songs were performed; the first was a rock cover of the classic Chinese song "Tian Mi Mi" and the second was the song, "Dream" from Jubilee World China's album which was released earlier this year.

The band was composed by the following musicians.